Welcome to this Bible Study. If you want to watch the study click on it below.

Whether we can truly ever defeat sin has been debated for hundreds of years. Jesus even touched on the subject when he taught us to pray daily, “Forgive us our debts…” Yet it is our duty as Christians to tackle sin head on.

The question is, how do we do it?

It’s simple to say, “Just don’t sin,” but that’s nearly impossible. Sin is ever-present, summoning us like the “Hot now” sign draws us into a Krispie Kreme.

Any chance of defeating sin requires breaking it down to its very core, then examining the only example we have sin defeated – Jesus in the wilderness.

To break it down, we need to look at the first sin in the Bible, Satan tempting Eve. From her defeat we can see how sin attacks us in stages; and, hopefully, from there we can find ways to stop it in its tracks.

Here are five stages of sin we learned from Eve in Genesis 3:1-6:

We are constantly bombarded with ways to sin — through thoughts, desires, emotions, things we see or hear and through other people. It may be from music, a movie, a book or just a selfish idea, but one way or another a sin is introduced to us. In Eve’s case it was through a serpent, which used the most efficient way to influence us: Making us question facts.

Satan introduced the idea that Eve could eat from the Tree of the Knowledge of Good and Evil, thus becoming equal to God, and not suffer consequences.

Then we start to weigh the sin’s merit. Do I want to do it? Should I do it? What are the consequences? What’s the reward? This is when our fight or flight mechanism should kick in; either fight off the sin or run from it.

Even did not do either. She chose to remain with the serpent to hear the risk-to-benefit merits. At this point Satan was able to use Eve’s likely lack of first-hand knowledge of what God had said about the tree. We know she likely did not hear God’s warning, but heard Adam relaying it because she misquotes God. In Genesis 2:17 (NIV) God says “…you must not eat from the tree of the knowledge of good an evil, for when you eat from it you will certainly die.” Yet when Eve quotes God in Genesis 3:2 she adds “and you must not touch it.” By questioning what God actually said Satan tricked Eve into entertaining the sin.

Taking from personal experience, we can be experts at this: “Everybody’s doing it … It won’t hurt anyone … I deserve this … No one will find out … They have it coming to them … But I really want that …” Hint, phrases like that mean we shouldn’t be doing it. This is where desire often betrays us.

Eve knew it was wrong to eat from the tree, yet she created an excuse to do so in Genesis 3:6: “She saw that the fruit of the tree was good for food, and pleasing to the eye, and also desirable for gaining wisdom.”

Hey, we made it this far, why not go all the way? Right? Once we given our life to Christ, we always have an out, right up to the very last minute before we sin; but by the time we get through the first four steps, we’re pretty much sunk.

In Eve’s case, six words (the number biblically connected to imperfection, sin and evil powers as defined by the website numerology.center) did the trick, “She took some and ate it.”

We often bring others into the fold. Maybe it’s an unconscious thing. Maybe we just desire to have a partner in crime, so to speak. Or possibly post-justification for doing it to ease our conscious. Maybe it was just so much fun, and we thought we got away with it, that we just wanted to share it. Whatever the case, sin often spreads.

In Genesis 3:6 it says, “She also gave some to her husband who was with her, and he ate it…”

We’re lucky to live in a time where we can refer to and learn from Jesus’ teachings and life on Earth. These stages of sin are tackled very early in the Gospels; right after Matthew introduces Jesus.

Matthew provides three examples of temptations each of which Jesus defeats with God’s word.

Satan tried to exploit the fact that Jesus, like us, had desires. Satan thrice took Jesus into Stage 1 by introducing sins. Jesus, however, never allows the train to leave the station. Satan failed to push Jesus to Stage 2.

Whether we can truly ever defeat sin may be debated for many more years, but not by Christians. Genesis provided the roadmap of how we get from being introduced to sin to committing it, but Jesus showed us how to defeat it.

10 things we learn about God from creation

Hello, I'm RK Keith, a layman who for 12 years has been teaching Bible studies and writing, directing and acting in Christian themed skits.

Visual Verse of the Day 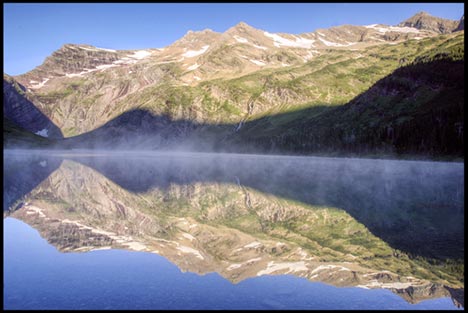 RK Keith - August 17, 2021 0
When I became a born-again Christian, I immediately joined a men’s group and probably learned as much about Jesus and life with...